Instead of revisiting our most popular posts on Instagram, we decided to shed some light on the posts that we think deserved a little more love from the algorithm than they received. 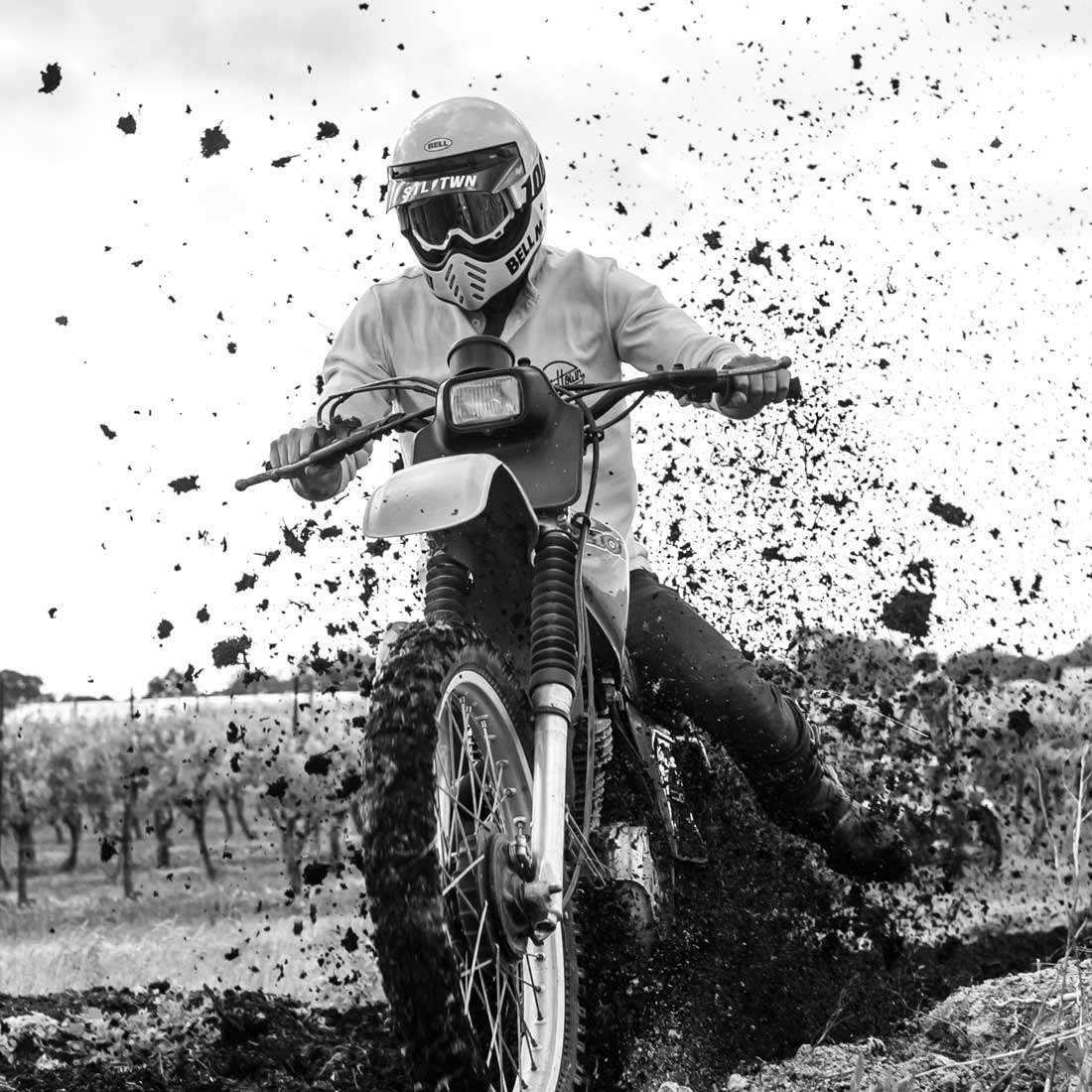 True freedom is dirt biking in a white shirt.

Now, as the wind blows cold and the skies turn grey, we must drive only for good reason. And in boring winter beaters with heated seats, power steering, snow tires and bluetooth. Inside these soulless cages of creature comforts we collectively yearn for winter to be over, even though it's barely even begun.

We grip our cold, arthritic hands around the warmth of our heated steering wheels and think longingly about our toys languishing in storage. "I wonder if my motorcycle is thinking of me too?" we ponder quietly. "I hope it's not too cold in that garage," we worry. "Did I add enough fuel stabilizer?", "Will it turn over in the spring?" 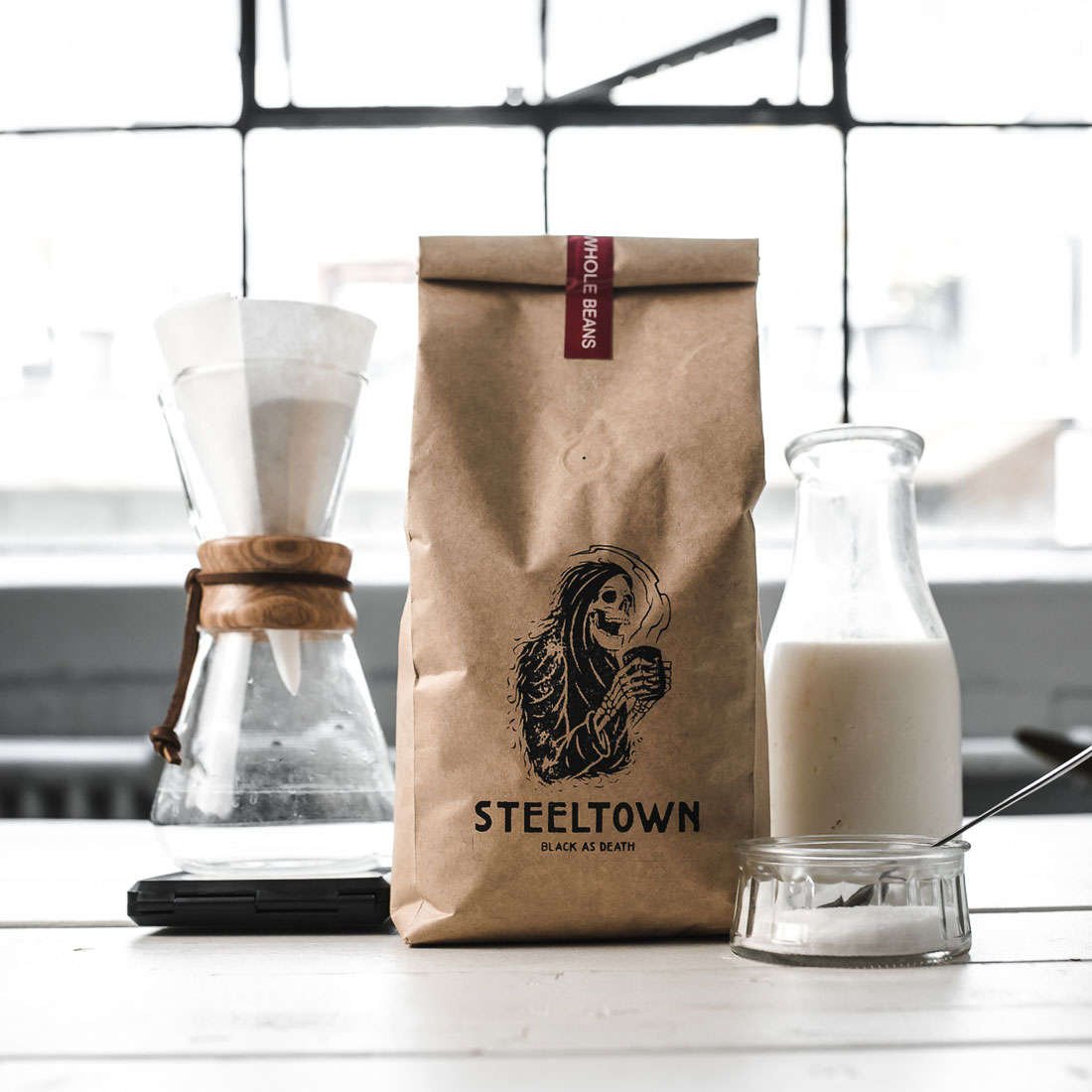 It's humpday. Middle of the workweek. And yer over it already. You wanna bearclaw your eyes out. You wanna go all Office Space on your shitty bluetooth printer that won't stay connected. You wanna crawl back into the womb-like sanctuary of your bed and stay there, ignoring the outside world, splayed out like a crucifix on your Casper mattress. You want this so bad you consider zooming the boss with your hair still standing up on itself, your eyes caked with sleep, your freakin' mouth guard still suctioned to the hard pink of your mouth, just to say "I'm done, see ya" and then shuffle back to your bedroom with the weight of an aging prize fighter.

But you don't. You don't do any of this. Instead, you drag the heft of your half-dead body around the house until your cramped and fumbling hands manage to locate the cupboard with the Steeltown coffee in it. Mustering the very, very last shred of life-force within, you manage to brew a cup. And just like that you're reanimated. You're jolted to life by an invisible defibrillator. You're yourself again. And you realize, as you bask in the glow of a caffeine induced euphoria, that our coffee beans have been roasted specifically for the eradication of this seemingly incurable weariness.

Speed is everything. It mutes the world around you. Buildings fade away into blurs. Other cars seem to disappear entirely. It's just you and the hum of the engine, the roar of the exhaust, the crackle and pop when you downshift. As the city retreats into the background, as though you've scared it half to death, what is important snaps into crystal clear focus. Speed synthesizes you and your machine. Your grip is light on the bars, you feel every twitch and wobble almost before it happens.

The tach is useless, you sense the rotations of the crank on a finer scale than an instrument cluster ever could. And there's no need for the speedometer, you know you're speeding anyway. You anticipate, you predict, you react subconsciously. And in this monk-like state of motorcycle transcendence, you suspend yourself in reality. You're there, but you're not really there. You think you exist, but do you really?

Whipping through Dallas, Texas with @kn1ckster in a pair of Steeltown Armoured Riding Gloves 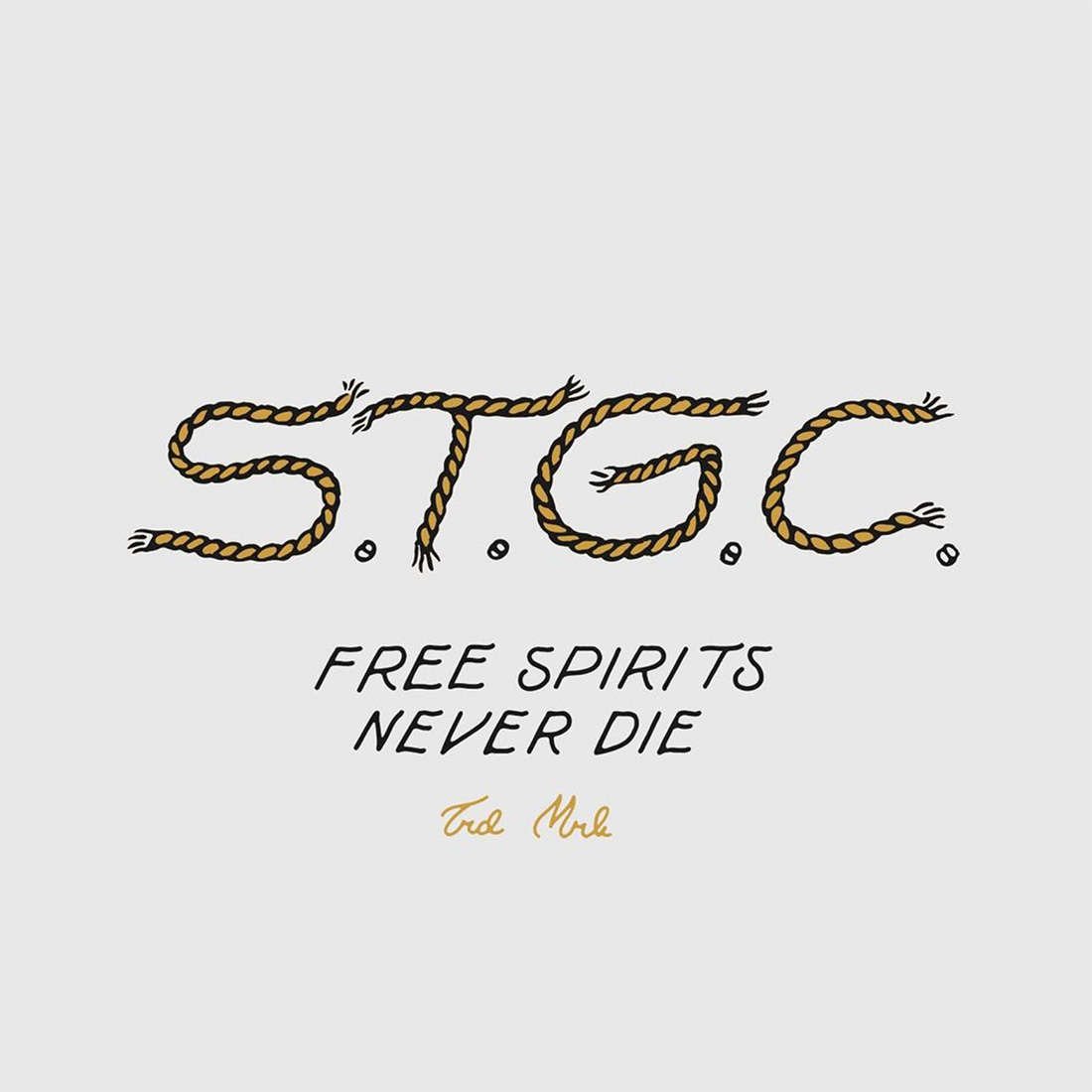 Morning doodles. We've been pretty quiet on IG lately. We always slow it down a bit between Christmas and New Years Eve. By this time, the holiday shopping rush has subsided and the mad dash for spring hasn't quite begun yet. It's a purgatory. And like all purgatories, it's what you make of it.

We go back to the basics. We get creative. We draw. We doodle. We look for inspiration in the most random places. We think about Steeltown in big, wide, abstract ways. We try to forget, at least for a few fleeting moments, the granularity of owning and operating a scrappy little brand. Taxes. Long hours. Payroll. Screen fees. Ad spend. Espresso machine repairs. Rent hikes. Meetings with lawyers. Financial instability et cetera.

We take this time to decompress, defragment and detangle. Even if it's only a week or so. It was Jackie Stewart, one of history's greatest race car drivers, who famously said "Sometimes you need to ease off in order to go faster." So excuse us while we ease off. Excuse the slow email replies, the shipping delays, the Instagram silence, and what may appear to be a general lack of enthusiasm. We're still working, we're just working differently.

The garage can be a safe space. It's cool and dark. It has that familiar smell: a unique cocktail of old petrol and greasy metal, cardboard boxes and garbage waiting to go out, concrete and cobwebs. There are no dangers in the garage, no predators. Only mad creativity and the incubation of great things. It's womb-like and it begs us to stay inside. But we're not built to stay inside. We're built to leave. 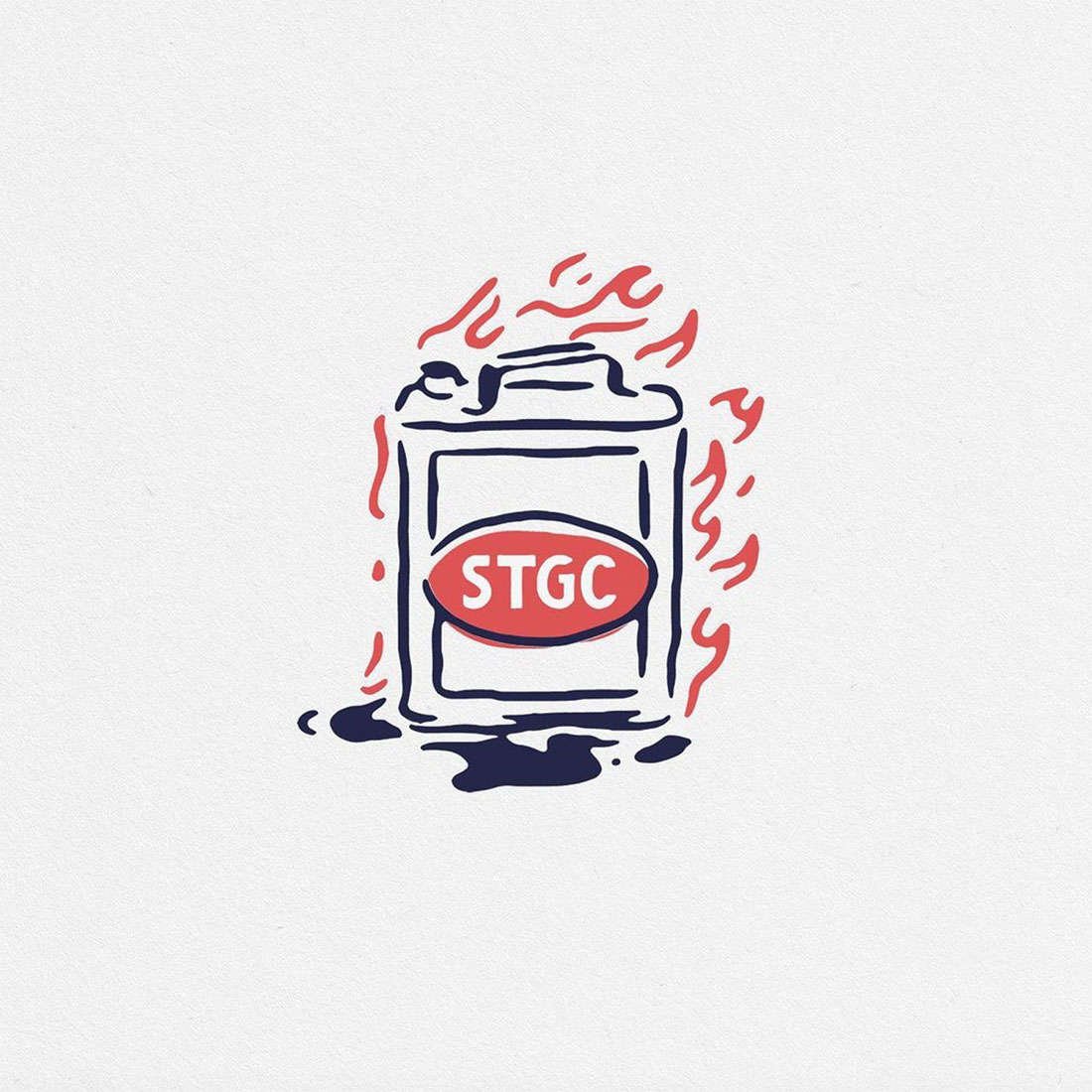 Every once in a while someone asks us how we do what we do (honestly, we're not even sure exactly what it is we're doing. All we know is that it's hella fun and we haven't gone bankrupt yet).

But if we had to chalk it up to something it would be the fact that we've never, not once, ever, taken our foot off the gas. Since that fateful day in the spring of 2017, we've been going unapologetically flat out, white-knuckled, holding on for dear life, refusing to give in, our face-skin pulled taut from the sheer velocity of it all, trying desperately just to outrace the mental madness of small business ownership.

Built for the everyday

We might be inspired by burnt rubber, two-stroke fumes, 30-year old patina and the glorious history of motorsport. We talk a lot about ripping dirt bikes out in the fields, flying vintage warplanes and cruising to car shows on warm summer nights. We look for the coolest cars to photograph. And we focus heavily on the wild leisure pursuits that we all wish we had more time to actually pursue. But we craft our goods for the everyday. The 7:00am gym sesh. The work from home zoom calls. The cold weeknights spent in the garage. The pick up the kids from school. The lineup at the grocery store. The sometimes maddening, sometimes beautiful day-to-day trenches of adult life

Hitting the gym with @btakyi

Life is about giant leaps. About risking everything. About recognizing those special moments along the way that beg of you to put a crash helmet on, knock back the kickstand and drop into gear. To fling yourself — heart, body and soul — into the great big what ifs.

But every so often you're gonna put that crash helmet to the test. You're gonna make a miscalculation, or the winds'll change when you're already in the air, or for no other reason than life just being cruel and unusual sometimes, you'll find yourself suddenly getting an up close view of the hot asphalt at 80mph.

You'll think to yourself in this moment: How did I get here? What have I done? Well, you did something that most people only fantasize about. You tried. You really tried. You stared unblinkingly into the eerie abyss of fear and you did not back down. When it said to you "go home, you don't belong here, you don't have what it takes" you revved your engine back in its stupid face and gave it all the hell you hadinya.

On May 26, 1975, Evel Knievel tried to jump 13 busses at Wembley Stadium. This is what the landing looked like. He broke his hand, two vertebrae and his left pelvis. Miraculously, he rose to his feet minutes later, announced his retirement over the loudspeaker and hobbled off. He changed his mind about retirement three days later. "Bones heal," he said, "pain is just temporary".