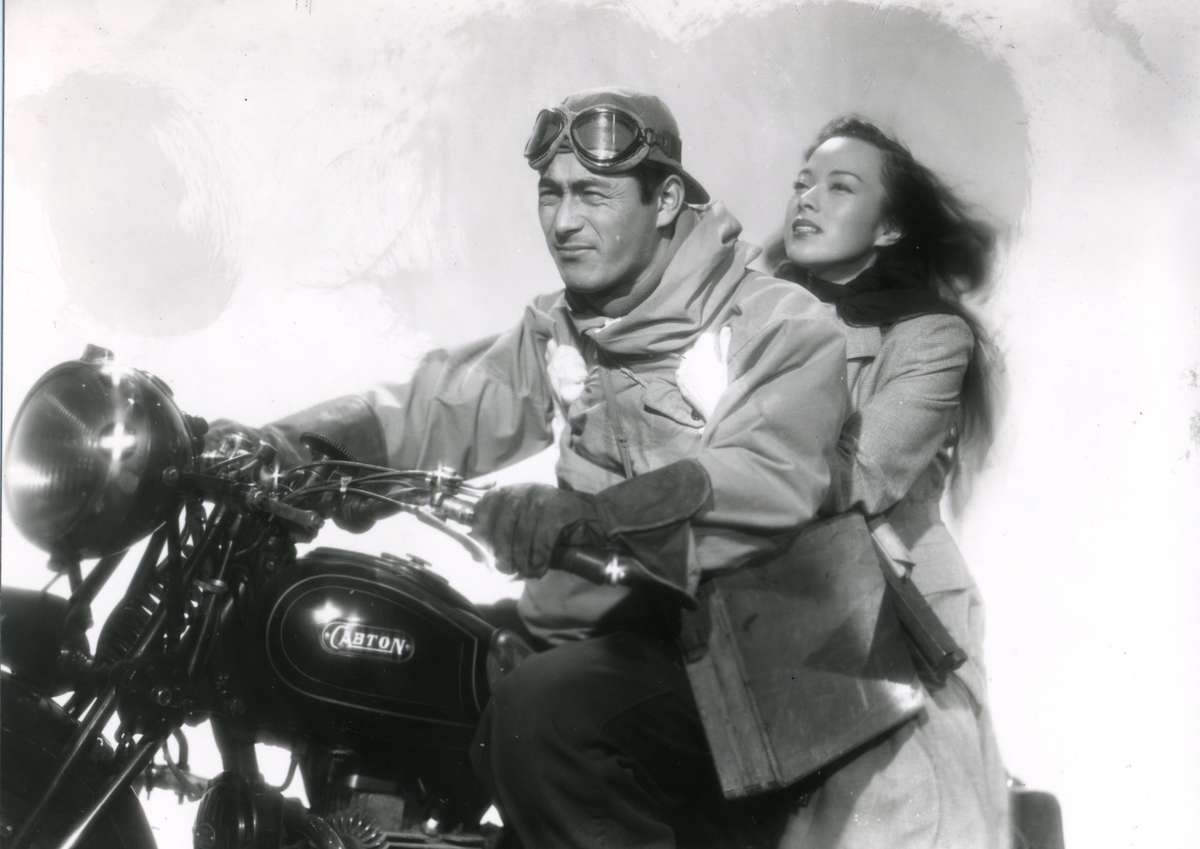 The impetus behind Kurosawa’s choice of subject was his anger over what he referred to as the “verbal gangsterism” of gossip magazines, which popped up like weeds in post-war Japan.

As Kurosawa states: “This was not freedom of expression, I felt, it was violence against a person on the part of those who possess the weapon of publicity. I felt that this new tendency had to be stamped out before it could spread.”

It was Kurosawa's final film before he catapulted to international fame with Rashomon later that year. As such, it is a waypost that points both to the past and to the future in the famous director’s work. 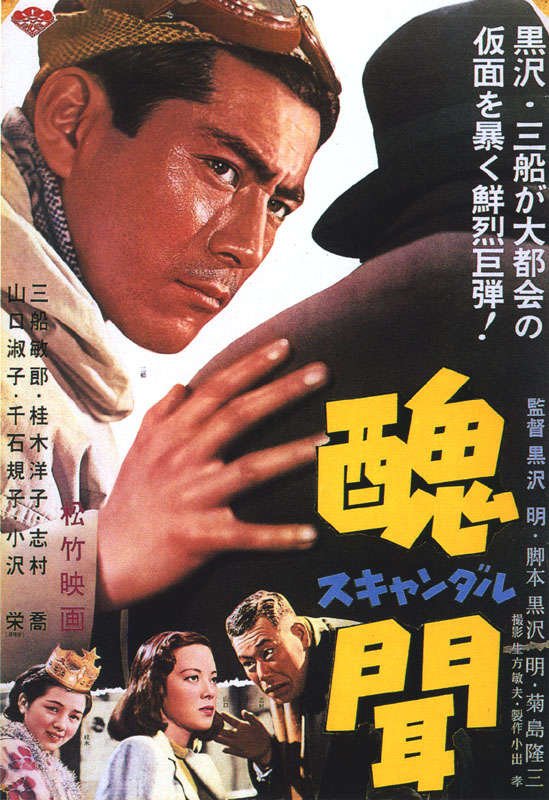 Notably, Toshirô Mifune, who plays Ichiro, would go on to make 16 more films with Kurosawa making him the most famous Japanese actor of his time, and easily the best known to Western audiences. He often portrayed samurai or rōnin who were usually coarse and gruff, inverting the popular stereotype of the genteel, clean-cut samurai.

And when watching Scandal, as Mifune rips around the Japanese countryside on his Cabton motorcycle, it's not hard to spot the similarities between archetypes: the brooding, rebellious, sensitive motorcycle man and the quiet, powerful, lone samurai (a trope that would directly inspire Clint Eastwood's "man with no name" character in spaghetti westerns a decade later).

Vincent Canby's NYTimes review of Scandal perfectly illustrates that sort of subtle and subversive nature of a film that is both fun and playful but also deeply profound and provocative:

"At first ”Scandal” looks like an attempt to mimic Hollywood romantic comedies of the 1930’s, with its too-good-to-be-true young lovers and its apparently snappy dialogue (in Japanese with English subtitles), its hip-deep sentimentality. Mr. Kurosawa, however, lays all this on so thickly that the film quickly turns into a parody of Hollywood that, simultaneously, satirizes the willingness of the postwar Japanese to accept without question a Western culture completely alien to them."

Ultimately, it's a slow-moving film that begs a certain amount of attention from its viewer. It's black and white. It's subtitled. And has that less-is-more sensibility often found in Japanese art. But it's not without Kurosawa's classic sense of playfulness, irony and true-to-lifeness.

And, of course, for anyone who has even a cursory interest in motorcycles, Ichiro's mid-century machine and his outlook on riding as an extension of one's sense of individuality is enough to keep the viewer watching through to the credits.

WATCH IN FULL BELOW

Let us know what you think! Hit us up Instagram!
@SteeltownGarage